Marketing Failures: How to Avoid Them and Learn From the Mistakes of Others 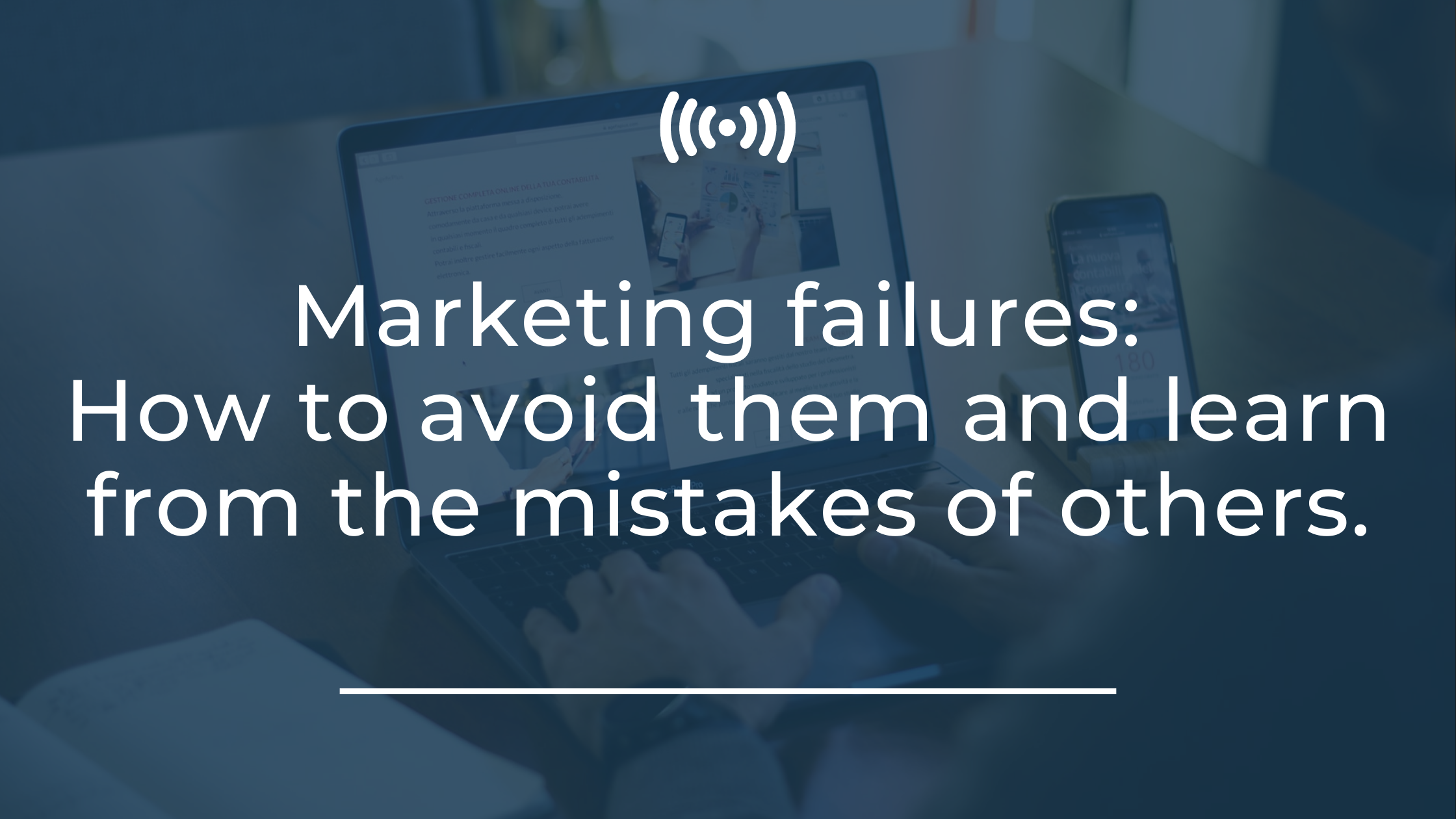 When it comes to successfully marketing your brand, knowing what not to do will certainly save your business some reputational damage. As a growing business, your marketing campaigns are essential for generating leads and building on your brand awareness. Well-devised and executed marketing campaigns are the perfect way to reach your audience and help you secure success for years to come. They help you break through the noise of your competitors and keep you in touch with consumers.

Of course, not all marketing campaigns hit the mark. When we need inspiration, it makes sense to examine some of the marketing campaigns that have thrust little-known products into the household-brand stratosphere. However, delve a little deeper and you’ll discover that not even industry giants are immune to marketing failures. In fact, some of these marketing blunders are so toe-curling, they have a place in modern-day culture. Which in turn, leaves marketers with the conundrum:

Is all publicity, good publicity?

Below, we’ve pulled together a list of some of the biggest marketing fails, alongside some of our own tips on what NOT to do:

Marketing within the 21st century leaves little room for error. Due to the power of social media, and the multiple platforms in which we consume media, every move you make as a business is scrutinised. And as these brands discovered, if your meticulously planned campaign misses the mark, you’ll be left struggling with the fallout for years to come.

You might not think a fizzy drinks giant can disrespect and belittle the unending struggle for justice that POC dedicate their lives to. Yet as far as big as marketing failures 2017 go, Pepsi’s “Live for Now – Moments” campaign managed exactly that.

Marketing their drink as a product with the power to bring people together, isn’t a narrative that’s unheard of, however promoting a fizzy drink with the ability to cease underlying tensions, and settle the BLM movement was certainly a step in the wrong direction for this drinks juggernaut. With the pinnacle moment of the ad centred around reality star Kendall Jenner offering a police officer a cold can of Pepsi on the front line of a protest, understandably, the backlash was one of complete outrage.

You’re probably familiar with Dove and Unilever’s successful body positivity campaign which has been running for over 15 years. With women feeling pressured by the media to look a certain way, Dove’s “Real Beauty” message was happily received. Unfortunately, as we take a closer look at marketing issues in 2017, Dove managed to ruin its own image, by launching a range of “Real Body” bottles with the idea that women could choose a specifically shaped bottle that was modelled on their own body shape. 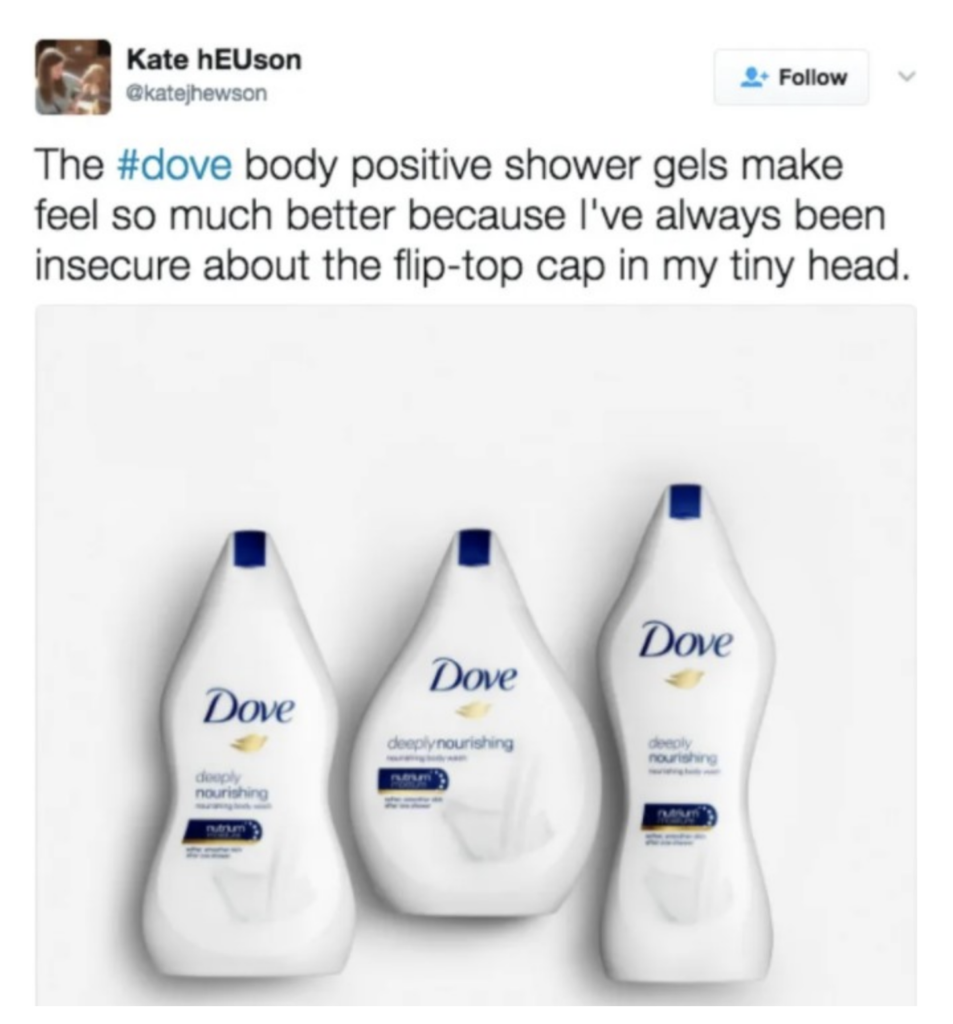 Confused? Yes. Offended? Absolutely. A business that once championed body positivity was now peddling strangely shaped bottles that only highlighted women’s daily struggle with body positivity. Making them choose between the shape they most related to, the one they wish they had, or the ones that were most functional to use, all these choices implied that maybe there was a “best body shape” after all.

Insulting or inspiring, Dove quickly pulled the bottles from the shelves.

Ford Fingo vs Violence Against Women

Even global brand Ford hasn’t avoided marketing controversy. One of the main selling points of any vehicle is how much room there is in the trunk, this could be alluded to with shopping, or suitcases, even the family dogs excited for a road trip. Regrettably, the marketing teams responsible for the Ford Fingo campaign didn’t just overstep the mark, they pole-vaulted over it. 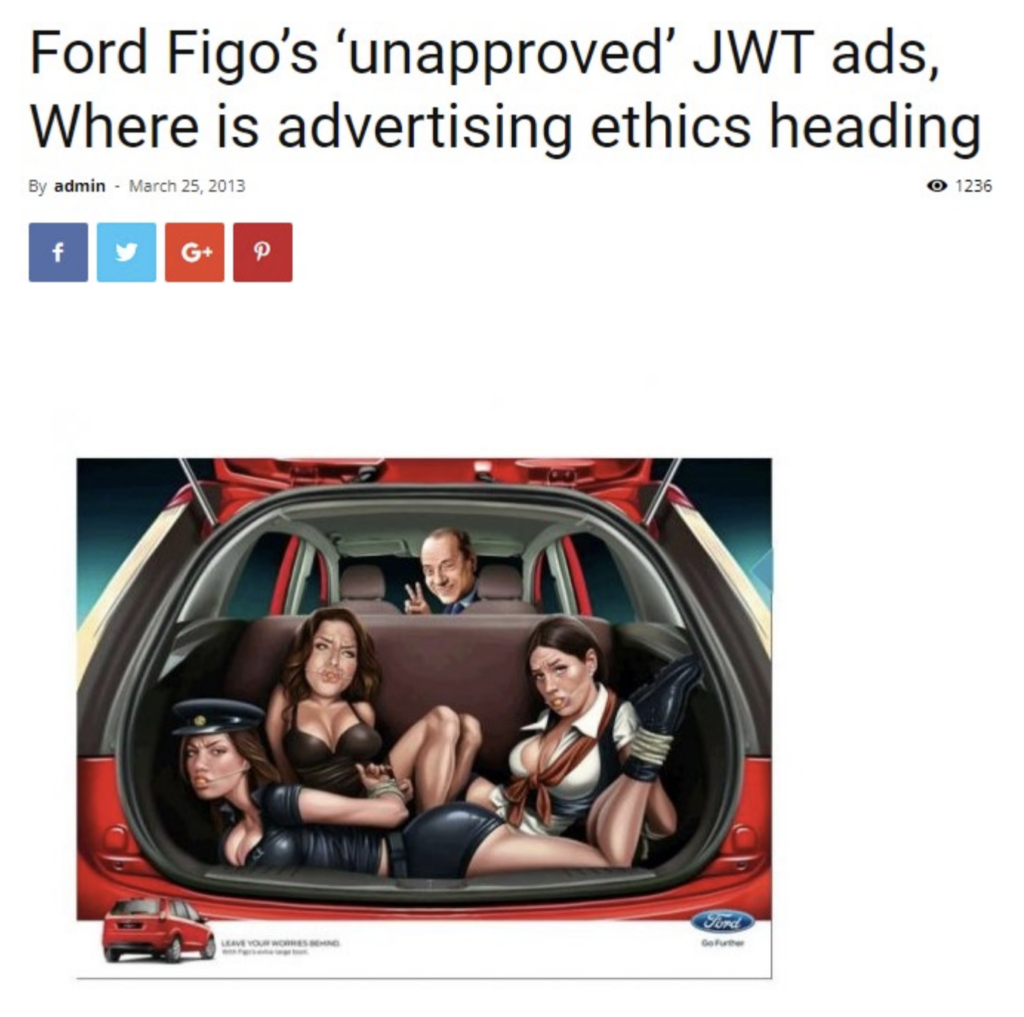 As part of the Indian campaign for the model, three controversial caricatures were developed. The seemingly most offensive one, depicted former Prime Minister of Italy, Silvio Berlusconi, behind the wheel while 3 women – who were bound and gagged – were tied in the trunk. The campaign rightly caused outrage due to its tactlessness and the glamorisation of violence against women.

Ford pulled the ad and issued a public apology.

Adidas vs The Boston Marathon Email

Completing a marathon is something many of us aspire to do. They’re gruelling but incredibly rewarding. Completing a sporting event or training session is often referred to as “surviving” the experience. But congratulating customers on “Surviving the Boston Marathon” doesn’t exactly sit right, something which Adidas learned, during their marketing failures 2017.

The deadly Boston Marathon Bombing of 2013 injured over 250 people and resulted in the deaths of 3 others. Regrettably, Adidas’ automated and poorly worded email, congratulating participants in 2017 of “Surviving the Boston Marathon” was met with disgust and offence.

Despite the unintentional faux pas of these marketing issues 2017, Adidas issued an apology the moment these emails came to light.

We all recognise those famous golden arches, but even McDonalds have had their share of advertising fails and PR blunders. One to note was a TV campaign depicting a mother and son discussing his father who had recently passed away, which left the boy wondering what he and his absent dad had in common. Queue a trip to McDonalds where the boy takes comfort from his loss by choosing an item that his dad also used to order from the restaurant. 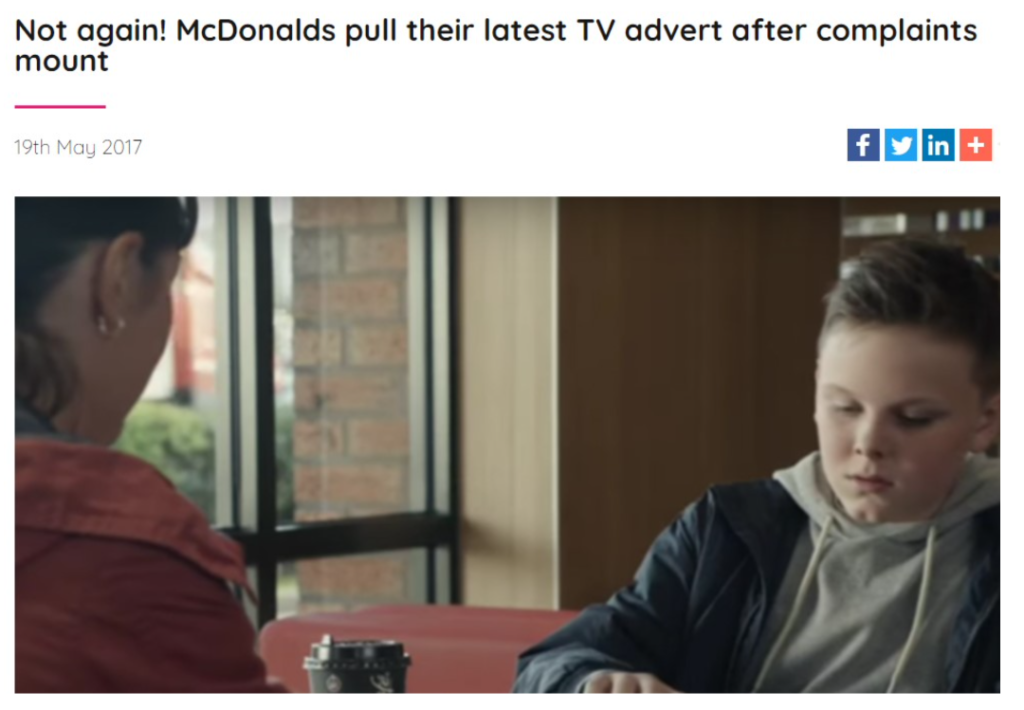 While they intended to highlight the impact, the role and the contributions the brand plays in customer’s everyday lives and memories, the response to their campaign highlighted that even the biggest company names on the planet can get it spectacularly wrong.

Receiving condemnation from bereavement charities who were appalled at the exploitation of child bereavement and grief as a means to sell fast food. McDonalds pulled the advert from all media and apologised for causing distress to families –particularly children, who found the advert disturbing and painful.

Do Marketing Giants Cause Controversy to Gain Recognition?

Marketing giants don’t deliberately set out to offend consumers, however, it seems that even the biggest brands can make these mistakes and yet continue to flourish regardless of the consequences. After all, we’re still buying Pepsi, wearing Adidas trainers and taking our children to McDonald’s. However, it seems that while these marketing teams never predicted these marketing failures, industry leaders are still enjoying the profits that these unintentional, yet controversial marketing campaigns have generated since.

While controversial marketing is a tactic sometimes used deliberately by corporations to shock and surprise consumers in the hope of creating a buzz around their brand or products, it’s an approach that other businesses should be wary of.

While the marketing failures above certainly led to debates and discussions on serious topics, it’s unlikely that this was their true intention. Therefore, as a growing business, it’s much better to learn from the marketing failures of the past and consider a more tactical, pragmatic, and effective marketing approach that puts the needs and expectations of your clients first without causing offence or controversy.

What Can We Learn From The Mistakes of Others?

So, what can we learn from the likes of Pepsi, Dove, and all the other household brands that have experienced backlash from their multimillion-dollar campaigns? In truth – a lot! Here are some valuable lessons you can use to guide your next marketing campaign away from controversy and towards success.

Hijacking serious political issues to further your brand and sell your products will only ever end in disaster. Even if your intentions are noble, you’ll never be able to communicate this effectively and only be met with resistance.

Body-Shaming Will Only Shame Your Brand

Objectifying women’s bodies with hurtful and irresponsible taglines that project inferiority and pressure into looking a certain way, is controversial, to say the least. While it may have worked for weight loss company “Protein World” in 2015, which expanded their market hold as a result, selling products via body shaming will only shame your brand. 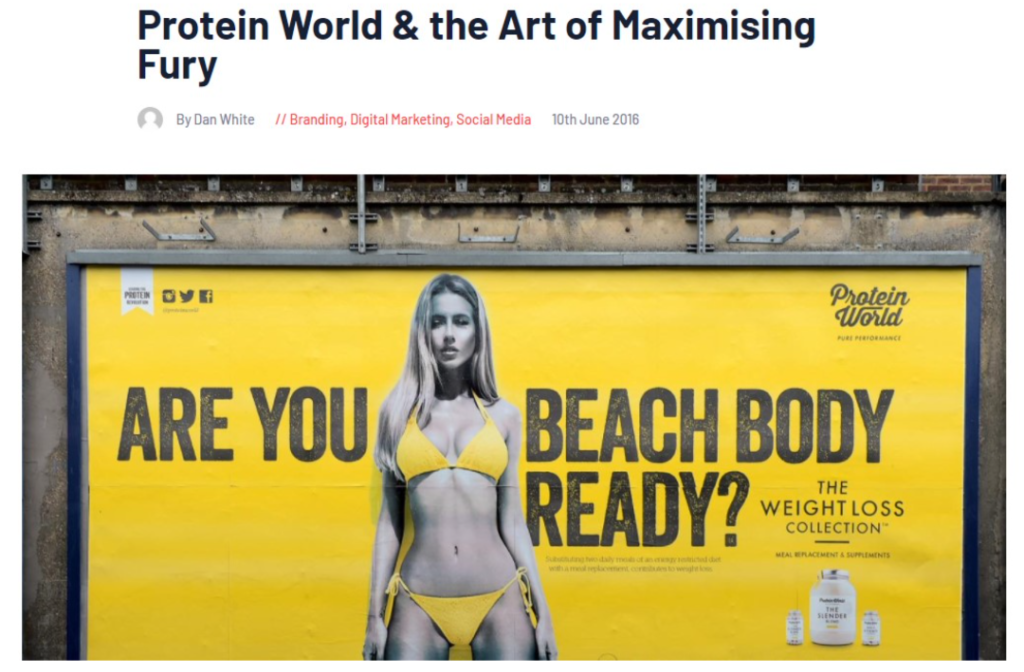 From racial and gender equality to grief, violence and bereavement – while there is some logic to highlighting these issues to make your brand relatable, it’s all too easy to miss the mark and be accused of exploiting real-life suffering to sell your products.

Don’t Get Lost In Translation

If you’re planning on expanding your business globally, then recognising the complications that come with translations can help you avoid a faux pas and marketing mishap. When you consider Pepsi’s “Brings You Back to Life,” slogan translated to “Pepsi Brings You Back from the Grave,” in China, it’s worth remembering that on a global scale, correct translations are key!

What Makes a Good Marketing Campaign?

A successful marketing campaign won’t just happen overnight, it can take weeks or months to develop and require consistent attention and planning to get right. However, the right components within any marketing campaign will provide businesses with a strong foundation for success and help you avoid marketing issues effectively. These include:

A successful search marketing campaign will help you build on your brand awareness and help you deliver the right customer experience from the very beginning. It’s this approach that helps you create high-quality leads and what sets you apart from your competitors, so while you may not be ready to compete with the industry leaders, there’s a lot we can learn from their marketing failures. 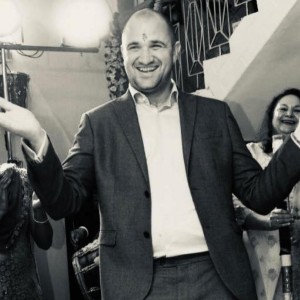 The True Cost of Sick Leave 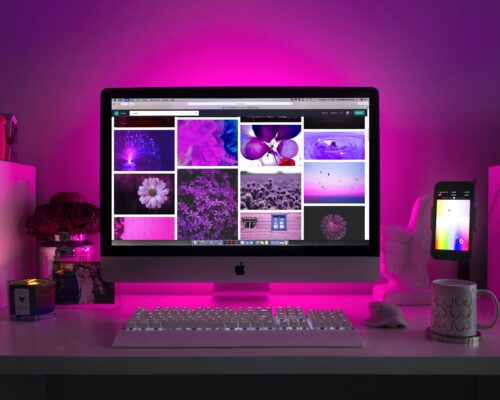 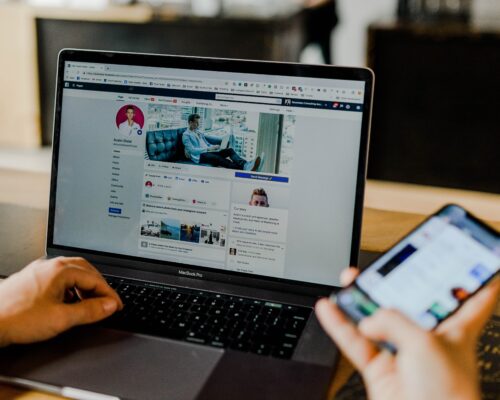